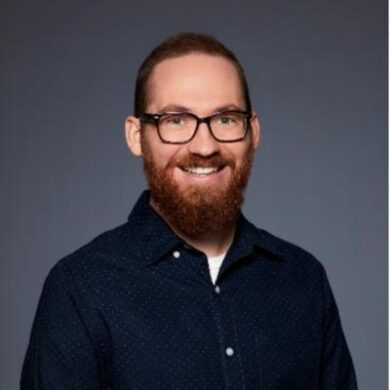 The series, which follows the offbeat adventures of 10-year-old Cricket Green, a mischievous and optimistic country boy who moves to the big city with his wildly out-of-place family, was heavily influenced by the brothers’ childhood growing up in St. Johns, Michigan, a small rural town north of Lansing, also known as the mint capital of the world. Many of the characters are inspired by real-life family members and childhood townsfolk.

A graduate of Florida State University Film School, Houghton has over 10 years of experience as a writer, producer and editor. Prior to Big City Greens, Houghton worked on the animated series Harvey Beaks as a staff writer, while his brother Chris was a storyboard director. Houghton’s first foray into television was as an editor for the reality series Tattoo School.

Together, the Houghton Brothers are also known for creating, writing and illustrating their comic book series Reed Gunther, about a bear-riding cowboy and published by Image Comics. After moving to Los Angeles, they went on to write and illustrate comics for The Simpsons, Adventure Time and Peanuts, among others.

He currently resides in Los Angeles.