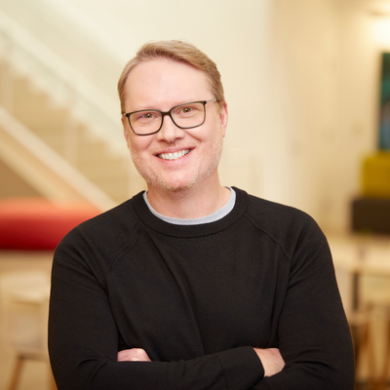 Don Hall (Director, Strange World) began his career at Walt Disney Animation Studios in June 1995 as a story apprentice on Tarzan. He served as a story artist on several development projects and productions, including The Emperor’s New Groove and Chicken Little before becoming head of story for Meet the Robinsons and The Princess and the Frog.

Hall made his directorial debut for Disney Animation’s Winnie the Pooh and went on to direct Big Hero 6, which won an Academy Award® for Best Animated Feature Film. He then served as co-director on Moana and worked on several development projects before his role as director on Raya and the Last Dragon.

Hall graduated with a BFA in drawing and painting from the University of Iowa and a BFA in character animation from California Institute of the Arts. After graduating from Cal Arts, he returned to the campus as an instructor in advanced story development.

Hall is a native of Glenwood, Iowa, and currently resides in Pasadena with his wife and two children.