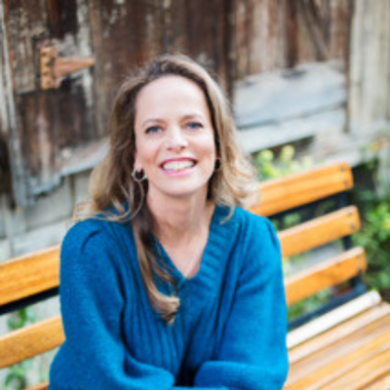 An Emmy® winning and ten-time Emmy®-nominated television producer, Halle Stanford serves as President of Television at The Jim Henson Company, leading the development and production of all television, home entertainment, and digital media in animated and live-action formats establishing the Company’s creative culture across all territories.

Stanford most recently executive produced Slumberkins, Fraggle Rock: Back to the Rock, Harriet the Spy and the short form series Fraggle Rock: Rock On!, all for AppleTV+, Duff’s Happy Fun Bake Time for discovery+ and the critically acclaimed Emmy®-winning Netflix series The Dark Crystal: Age of Resistance. Other recent award-winning children’s programming credits include the Emmy®-nominated Dinosaur Train, Splash and Bubbles, and Sid the Science Kid, which currently air on PBS KIDS® in the U.S. and in multiple markets around the world, the Netflix Originals Word Party and Julie’s Greenroom, starring Julie Andrews; the NBCUniversal Kids/CBC animated series Dot., based on Randi Zuckerberg’s popular book; and the NBCUniversal Kids/Hulu Original preschool show Doozers, inspired by the wildly popular characters from the classic series Fraggle Rock. Other credits include the live-action puppet series Me and My Monsters for the CBBC and Network Ten in Australia, the Lifetime live-action holiday special Jim Henson’s Turkey Hollow, and the Emmy®-nominated preschool series Pajanimals for Universal Kids.

Stanford is in development on a new slate of television projects including All-of-a-Kind Family based on the acclaimed series of books by Sydney Taylor; The Kissing Hand, based on the internationally renowned picture book; Lena! based on Karen Katz’s books, author Rebecca Green’s How to Make Friends with a Ghost, and The Witchlands, based on the popular New York Times best-selling book series by Susan Dennard.

Stanford co-authored a book series, Jim Henson’s Enchanted Sisters, a collection of fantastical comedy-adventure stories for girls published by Bloomsbury and currently in development as a series.

In addition to her Emmy®-nominations, Stanford received a Primetime Emmy Award for Outstanding Children’s Program (The Dark Crystal: Age of Resistance) and is a recipient of the Cynopsis Top Women in Media award as well as the Cynopsis Kids !magination Award in Content Leadership. Over the last sixteen years she has also garnered over 100 honors around the globe for the Company’s programming, including Emmy Awards, Parent’s Choice Awards, Rockie Award, Cynopsis Kids !magination Awards, NAPPA Honors Award, Kidscreen Awards, Prix Jeunesse, and National Parents Publications Awards.

Stanford joined The Jim Henson Company in 1993 and worked on beloved Muppet projects like Muppet Treasure Island, Muppets Tonight, and Bear in the Big Blue House, as well as the sci-fi cult classic Farscape. She holds a Bachelor of Arts degrees in Film and Theater from Wesleyan University, is a Cub Scout Leader, a proud mom to two sons (ages 11 and 24!) and is on an endless quest to enrich the lives of children around the globe.