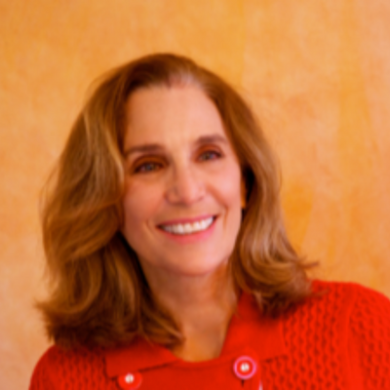 Jane Startz is a multi-Emmy Award-winning producer and president of the production company, Jane Startz Productions, Inc., which acquires, develops and produces intellectual properties across all media platforms. She is known for adapting high-profile literary material for children and families around the world. Prior to overseeing her own production company, Startz co-founded and served as the Executive Vice President of Scholastic Productions, the film and television division of Scholastic, Inc.

Among Startz’s theatrical credits are Ella Enchanted, Tuck Everlasting, The Indian in the Cupboard, The Mighty, and The Baby-Sitters Club. Her Emmy award-winning animated television series, The Magic School Bus, which she developed and executive produced, became a major children’s franchise and is the longest-running science-based show in broadcast history. Startz is currently producing the upcoming animated feature film, The Tiger’s Apprentice, for Paramount, starring Henry Golding, Sandra Oh and Lucy Liu. Her live action feature-length film, The School For Good and Evil, starring Charlize Theron, Kerry Washington, and Laurence Fishburne, premiered on Netflix in October 2022. For Disney+, Startz produced Sneakerella, the streamer’s first original movie musical. For Nickelodeon, Startz is producing the animated series, Max and The Midknights, based on the New York Times bestselling graphic novel of the same name by Big Nate author, Lincoln Peirce. Her animated series, Duck and Goose, premieres on Apple in July 2022. Her pre-school animated series, Llama Llama, based on the bestselling books by Anna Dewdney, is airing on Netflix.

Currently, Startz is developing movies based on four high-profile children’s book properties: Song for A Whale, Roller Girl and Kingston and the Magician’s Lost and Found, for Disney+, and Goddess Girls for Netflix.

Startz has also produced a wide array of content for television, including the long-running series, Charles In Charge, The Last Day of Summer, The Truth About Alex, My Sweet Audrina, the V.C. Andrews mini-series, Ruby Landry and Heaven, and the Emmy award-winning live action series, Spooksville, based on the bestselling books by Christopher Pike. Get Rolling With Otis, an animated series executive produced by Startz, recently premiered on Apple+.

In addition to producing, Startz serves as the media consultant for publisher Penguin Books for Young Readers. She also works as a literary manager helping writers develop entertaining cross-media franchises. These properties include the international bestselling series, The School For Good and Evil, Kingston and the Magician’s Lost and Found, Gabby Duran and the Unsittables and Always Anjali. She created the six-part book series, Amigas, for Disney-Hyperion and is co-creator and co- founder of Ridemakerz, an award-winning retail and online brand which inspires self-expression through the creation of one-of-a-kind toy cars.