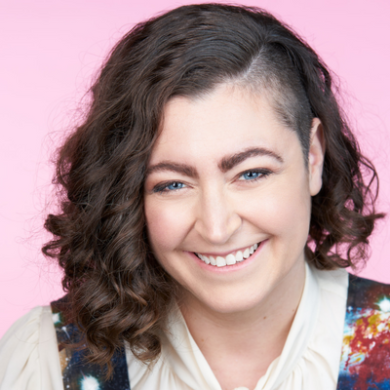 Josie Campbell is a Los Angeles-based TV, film, and comic book writer. An alumni of Emerson College, Josie’s past credits includes Head Writer for She-Ra and the Princesses of Power, Head Writer for Jurassic World: Camp Cretaceous; and Co-Producer/Head Writer and Co-Showrunner of the upcoming animated show, My Adventures With Superman.

Outside of these, Josie has worked for animation studios such as Mattel, Disney, and Warner Brothers. She has also worked as a writer for DC Comics; a ghost writer for comedians such as Amy Schumer and Jay Mohr; and a journalist for the Eisner Award-winning news site Comic Book Resources. Check out press and upcoming news at her website: www.cozyjamble.com