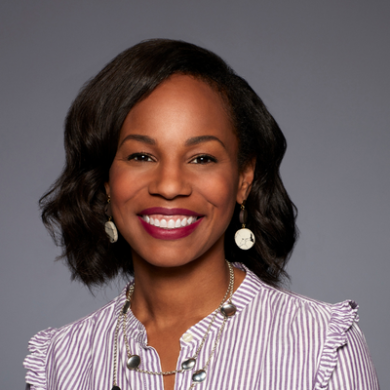 Kim Berglund is vice president, Development, Disney Junior, part of the Disney Branded Television, a content business with a primary focus on kids and families.  In this role, she oversees development of original television properties for the Disney Junior audience of kids 2-7 and their parents/caregivers.

She has a passion for storytelling and leadership and a strong background in curriculum and education frameworks.

Among her current projects are the overseeing development of Pupstruction, a series about an all-dog construction company, as well as several other projects. She also steered the development of Rise Up, Sing Out, a series of animated, music-based shorts designed to provide an inspiring and empowering message about race, culture and community.

Berglund previously oversaw the cartoon incubator shorts program at Nickelodeon Animation Studios and served as a development associate at Disney Television Animation, helping develop several series including Mickey Mouse Clubhouse, The Buzz on Maggie and The Replacements. She has also worked as an independent creator and producer for multiple animated and live-action projects, and started her career as a second-grade teacher.

A native of Atlanta, Georgia, Berglund received a B.A. from Dartmouth College and an Ed.M. from Harvard Graduate School of Education. She is a founding member of the Bay Area chapter of the Children’s Media Association (CMA), a nonprofit organization comprised of professionals who are committed to creating and distributing thoughtful, entertaining media to children and young adults, and is also an Executive Committee Member of Children’s Programming for the Academy of Television Arts & Sciences. She currently resides in Los Angeles with her husband and their two children.