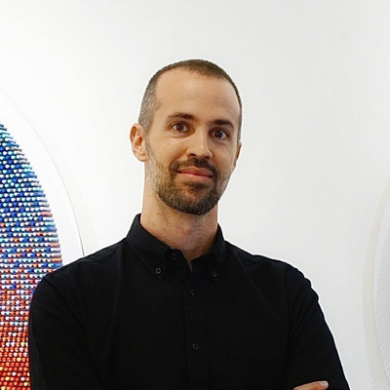 Matt Bilfield is a Los Angeles based Web3 product strategist at Blockchain Creative Labs and the project lead for Krapopolis, the highly anticipated new animated series from Dan Harmon (co-creator of Rick and Morty). Blockchain Creative Labs is a startup under the Fox umbrella that is leading the charge for the network’s implementation of blockchain technology into traditional media. Matt oversees the overall product strategy, development, and design for the NFTs supporting Krapopolis.

Prior to his role at Blockchain Creative labs, Matt became known in the NFT community for his generative art collection called “Transitions” released on Art Blocks that adapted his traditional fine art medium to digital form, selling 4,712 unique NFTs in one hour. He retains gallery representation worldwide for his contemporary art.

In tandem with his art career, Matt is an 8-time Emmy Award Nominee for his creative work at FOX Sports working on the design and visual on-air graphic identity for the network.