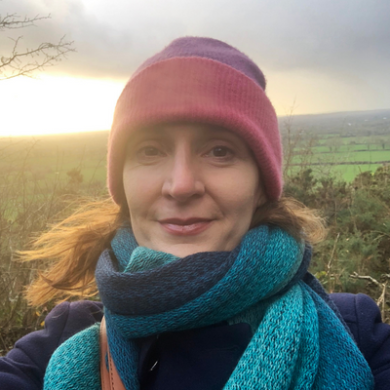 Nora Twomey is an Academy Award®, BAFTA & Golden Globe nominated Director. She is also Partner & Creative Director at Cartoon Saloon, Ireland. In a career spanning over two decades, Nora has worked in a number of capacities on Cartoon Saloon’s creative output. She was co-director to Tomm Moore’s  Academy Award® nominated The Secret of Kells while also guiding the development processes on a number of series including Emmy nominated Puffin Rock and Dorg Van Dango. She was Head of Story on Academy Award® nominated Song of the Sea and Producer on Wolfwalkers. She directed The Breadwinner, which was also nominated for an Academy Award® & Golden Globe, and won several international awards including multiple Annies and the Audience & Jury Awards at Annecy. My Father’s Dragon is Nora’s third feature and second solo-directed film. She lives in Kilkenny with her husband, children, two cats and one fish,