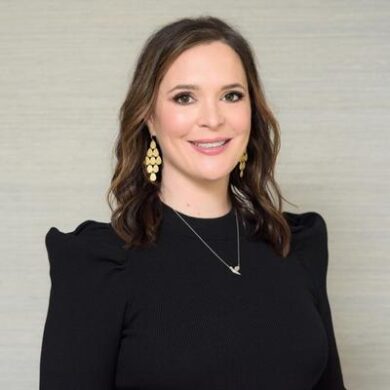 Hannah Minghella serves as President of Motion Pictures at Bad Robot under the leadership of JJ Abrams and Katie McGrath. In addition to producing Lou, she is currently in post-production on the animated adaptation of Charlie Mackesy’s bestselling book The Boy, the Mole, the Fox and the Horse and in production on the upcoming IMAX documentary about the Blue Angels.  Additionally, Minghella is overseeing a broad slate of live action and animated movies for the company including the development of the next installments of Star Trek and Cloverfield as well as new adaptations of Superman, the Justice League Dark universe, an English-language remake of the beloved Japanese animated film Your Name and an animated adaptation of Seuss’ Oh, the Places You’ll Go!
Prior to her appointment at Bad Robot, Minghella spent 14 years at Sony Pictures Entertainment. She first joined Sony in 2005 from Miramax as a director of creative affairs under then Sony Pictures Entertainment co-chair Amy Pascal. In 2008, she was appointed president of production at Sony Pictures Animation, overseeing the launch of franchises Cloudy With a Chance of Meatballs, Hotel Transylvania and The Smurfs. In 2011, Minghella was named president of production for Columbia Pictures, overseeing all aspects of development and production for the label working on numerous movies including 21 & 22 Jump Street, American Hustle, Captain Phillips, Sausage Party, and Skyfall. In 2015, Minghella was appointed as president of TriStar Pictures and added TriStar TV to her purview in January of 2018. Under the TriStar label, Minghella oversaw the development and production of A Beautiful Day In The Neighborhood directed by Marielle Heller starring Tom Hanks as Mr. Rogers, Baby Driver directed by Edgar Wright, and T2: Trainspotting directed by Danny Boyle.
Born in England, Minghella sits on the board of City Year, Los Angeles and The Archer School For Girls. She is a founding member of the Los Angeles Women’s Collective and former long term board member of Women In Film. She lives in Los Angeles with her husband and three daughters.
© The World Animation & VFX Summit. All rights reserved.