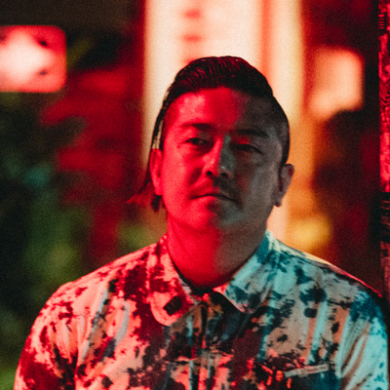 Tze (pronounced “Z”) Chun is an award-winning American film and TV writer, director, producer, and showrunner. He is also co-founder of TKO Studios, a graphic novel and book publisher.

Chun currently serves as Executive Producer and showrunner of the upcoming HBO Max/Warner Bros. Animation series Gremlins: Secrets of the Mogwai, an animated prequel to the beloved Gremlins film franchise. He is also co-showrunner and Executive Producer of Boots Riley’s upcoming Amazon series I’m a Virgo. Previously, Chun served as Supervising Producer and writer on Gotham and wrote on ABC’s hit primetime drama Once Upon a Time. He also wrote and directed an episode of Apple’s critically acclaimed anthology series Little America based on his mother’s life.

Chun’s writing-directing debut Children of Invention premiered at the 2009 Sundance Film Festival and went on to be one of the most-awarded and best-reviewed films of the year. The film was based on Chun’s short film Windowbreaker, which was selected for the 2007 Sundance Film Festival and for which Chun was named one of Filmmaker Magazine‘s “25 New Faces of Independent Film.” Chun’s second feature Cold Comes the Night, starring EmmyÆ winner Bryan Cranston, was released in January 2014 by Sony Pictures.

Chun is also Co-Founder, President, and Co-Publisher of TKO STUDIOS (www.tkopresents.com), a graphic novel and fiction publisher working with some of the top names in the industry, including Roxane Gay (Bad Feminist), Jeff Lemire (Black Hammer), Garth Ennis (The Boys), and others. To date, Chun has written three TKO titles, The 7 Deadly Sins, The Fearsome Doctor Fang, and The Forgotten Blade. With a growing library of IP, TKO has published 9 Amazon #1 bestsellers and ranks in Shopify’s top 1% of e-commerce companies. TKO was recently nominated Publisher of the Year by Tripwire Magazine and earned an Eisner Award nomination for their bestselling series Sentient.